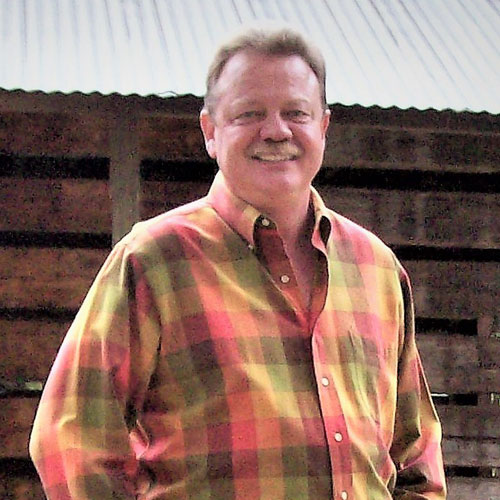 Kenneth Paar, Principal at Conley Group, probably described Dale Sellers better than anyone could when he wrote this,

“There was that hunting trip to Alaska we took together. We were dropped off in the bush in the middle of grizzly bear country 350 miles from the nearest village with no form of communication with civilization and no way back without our raft. About three in the morning we awoke to strange noises next to our tent and in the direction of our raft. As we listened more intently from inside the tent, we heard something clawing the ground. Dale was certain the bears were after snacks left on the raft. Without hesitation, Dale led the charge out of the tent into that cold dark night without knowing how many bears were out there or where they were. The bears, after assessing the situation and obviously concluding they were outmatched, tore off down the river bank leaving the honor of the raft intact and Dale standing there in his underwear on the ice covered ground. I remember Dale just looking disappointed they left so soon. The bears made the right decision; Dale always carries a big gun.

As I have learned more about Dale over the years, I find the way he handled that situation in Alaska is characteristic of his approach to life and business. Dale may not always know what his competition is or what he is getting into but that has never stopped him from accepting the challenge and charging forward. I’ve never known Dale not to be successful in whatever he tried to do.

Dale purchased a struggling construction company and armed with that same tenacity and determination built it into a highly respected and prosperous multi-faceted company employing over 100 employees. Phoenix I has also received many awards for Historic Courthouse Restoration and Construction Excellence and has become one of the contractors of choice for me and many others in the industry. Phoenix I is regarded by many in Texas as the ‘800 pound gorilla’ in the Historic Courthouse Restoration market place.”

Your professional management and technical skills were well suited for such a complex restoration and the demanding client committee structure.
Kim Williams, Principal
The Williams Company
Mr. Sellers' knowledge and experience in restoration work, attention to detail, project budget and value for the client, brought me to the decision to hire him as a professional consultant.
Larry Irsik, Principal
ARCHITEXAS
Their professionalism and ability to provide value to the owner through their knowledge and experience can not be overstated. All of our projects have been safely completed, on time, and within budget.
Ken Paar, RA, AIA, Vice President
Conley Design Group
...our project was a month ahead of schedule plus was right on budget.
Ross Montgomery, County Judge
Shackelford County
...the very successful and on budget completion of this first THCPP project was a harbinger of many more successful and memorable courthouse project relationships.
Stan Graves, Senior Principal
ARCHITEXAS
They have a selection of skilled and well-prepared individuals-from laborers to project managers-that are mindful and respectful of historic structures.
Gerald Moorhead, FAIA , Senior Architect
Bailey Architects
It quickly became obvious that you wanted to do the project right in every respect, and many improvements were made along the way as a result of your diligence and attention to detail.
H. Glenn Reed, Project Architect
The Williams Company